We're Not in Kansas Anymore... Twelve Observations from Abroad

I survived my first trip out of the country! Visiting Spain, France, and Italy was a dream come true. Covering that much territory in 10 days necessitated an ambitious travel schedule that involved planes, trains, automobiles, and copious amounts of walking. And most importantly-planning! Thankfully my husband's experience with travel and his attention to detail allowed the rest of us to not worry too much about the details and just enjoy the experience. What a gift! 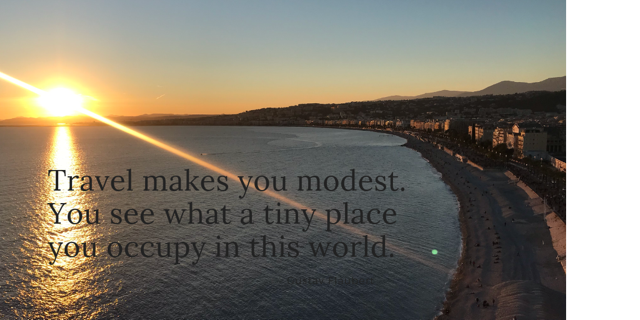 One of the best parts of traveling is exploring new cultures and lifestyles. Being outside of your comfort zone can be an intense experience. During our travels, there were several things that I found surprising, confusing, interesting, or just downright different.  Some of these differences were positive, others not as much.  Here are some of my observations:

Airports- We traveled through a few airports on this trip.  The boarding process is always an interesting experience but it was more so in other countries. I quickly realized that I could not understand any of the boarding announcements so I would have to observe the crowd to see what to do next.  The people waiting in the boarding area all seemed to stand up at the same time and press forward to the gate agent. What I didn't know was that the line up wasn't to board the plane, but to board a bus that took us to our plane! If there was order to the process I did not see it- seemed like a free for all. I did not love being crammed onto a bus before loading the plane, but somehow everyone found their seat without incident.

Packing- We did our best to pack as lightly as we could for a 10-day trip, but we still needed a medium size bag for each of us. This caused an issue every time we took a taxi or rented a car because the cars are so very small!  European cars are not designed to hold American luggage. We felt positively gluttonous with the quantity of our luggage but cannot imagine taking any less.  I am not sure how Europeans do it, but they must pack differently or else they own some kind of magic suitcases.  I read all the packing tips- these must be the people who write the articles of how to pack for 3 weeks in a duffle bag!

Security- While wandering around the airports and cities, I did not notice the same number of law enforcement officers that I would typically see in comparable places.  However, the ones we saw were dressed in military gear, with very intimidating automatic looking weapons held at the ready. There may not have been as many, but the ones who were there made their presence known! I was definitely inspired to be on my best behavior :-). 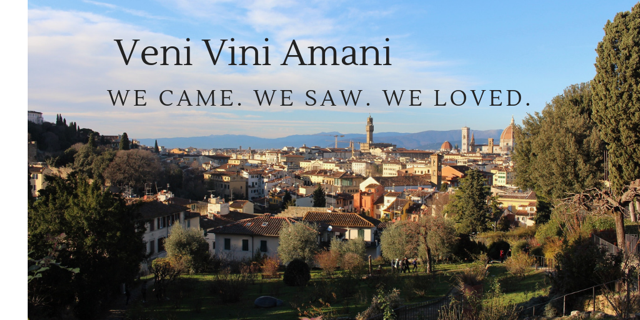 Sidewalks/roads- One of the most unexpected experiences I had was being frequently confused by the difference between a road and a sidewalk.  Walkways that were covered with pedestrians would suddenly turn into a road when a car randomly appeared.  It didn't seem to matter how narrow the walkway, and how many people were on it, at some point in time a car or motorcycle would use it as a road. The upside is that I really enjoyed the ability to walk everywhere.  The downside-I was convinced that one of us would unknowingly walk into the path of a vehicle. Occasionally, the obstacle would be a train or tram going down the middle of the road.  We really had to pay attention!

Driving- Narrow roads, small cars, fast drivers, and unfamiliar street signs made for some interesting drives.  A few white knuckle taxi rides reminded me how much I appreciate lane markers and the general concept of lanes.  I'm surprised anyone in Italy still has side view mirrors on their cars! And I knew to expect more roundabouts (or traffic circles if you'd rather), but wow, I never imagined so many! The interstate type roads were much better and easier to navigate, but not being able to read the signs added an interesting element of "fun" trying to decipher the meaning. I'm still not sure what the Italian sign with double humps meant, but it was everywhere!

Bathrooms/toilets- My daughter had warned me that I would see a variety of bathrooms in Europe.  She was so right! Every bathroom trip required a few moments of analysis to figure out how things worked. Many public restrooms charged a fee so the confusion often started before entering.  The next surprise was usually the toilet. I have never seen such variety! Low profile, sometimes with toilet seats and sometimes not, multiple buttons for flushing (or the occasional floor pedal), sometimes a bidet, unisex public restrooms- you just never knew. I grew to appreciate the streamlined toilet with flushing buttons on the wall, but I was happy to return to "normal" bathrooms.

Hairdryers- We did not pack a hairdryer due to space and voltage concerns. I won't say that was a mistake, but I did encounter a lot of subpar hairdryers (even worse than in the US).  For someone who relies on a good hairdryer for styling, this was a bit of an issue.  Almost all required you to hold the button the entire time to keep them on.  One was barely warm, one would overheat and shut off every few minutes, one produced a light breeze, one would almost burn your head once it got going.  None of them produced great results, but for once I was thankful that I did not have a lot of long, curly hair to style!

Dinner- No one seemed to be in a particular rush to eat.  Dinner started much later and went much longer. Food was to be savored and meals to be enjoyed which was lovely except when you were in any kind of a hurry!  Food typically came out more slowly in courses, wine was the rule not the exception, dessert and/or coffee were a leisurely event.  No check was ever presented until we asked and that was even if we had been there for hours and the restaurant was closing! It was an adjustment, but it felt good to make dinner out more of a special event.

Food- I was expecting good food and I was not disappointed, but I was surprised by the quantity and variety of meats on the menus.  I don't eat a lot of meat, so finding something without meat was more of a challenge than I expected.  I didn't anticipate the many ways one could serve  Iberian ham, prosciutto, tripe, wild boar, pigeon, and all kinds/parts of beef! Breakfast was also a gamble. If you ordered the "American" breakfast, it would usually include familiar items in an atypical preparation like bacon that was boiled, or eggs loaded with mushrooms.  In Spain, the local breakfast was very meaty.  In France, breakfast included lots of pastries or meat sandwiches.  In Italy, we had our own kitchen so we opted for eggs, fresh fruit, baguette, and prosciutto. In general, the markets were filled with incredible fresh food so if you could shop and cook that was the best option. 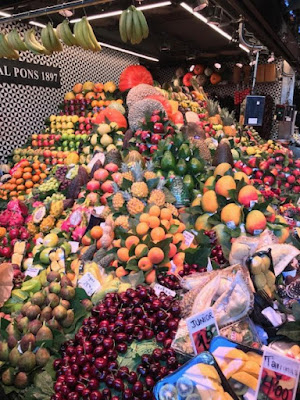 Fast Food- I have to say I was surprised by the proliferation of fast food in other countries.  I can't even tell you how many McDonalds, Burger Kings, and KFCs we saw!  Barcelona probably had the most outlets, but they were present everywhere we went.  Right outside the ancient walled village of Pisa (home of the Leaning Tower of Pisa) was a McDonalds!  Bizarre that this is a trend given that the overall quality level and appreciation of food is so high.

Language Difference- I have never been so thankful for the foreign language requirements in high school and college! Between the four of us, we had some knowledge of French, Spanish, and Latin. It didn't necessarily help us with speaking, but it was very beneficial when it came to reading signs, menus, instructions, etc... Once we got to Italy, we had run out of relevant language experience but that is when we started to appreciate the similarities between languages and our communal knowledge (including Latin) served us well.  I am also very thankful that other countries speak English as well as they do.  With the exception of one taxi driver, we never had a problem with someone not being able to speak or understand enough English to get by.

Similarities- Perhaps the greatest observation was that people are people.  It really didn't matter where we went- people were kind and helpful when needed.  These days it is easy to believe that people from other countries would be "foreign" in some way, but it was clear that even though they did some things differently, they were still doing the same things we all do.  Earning a living, spending time with their families, celebrating the holidays, enjoying meals together, driving places, buying groceries, doing laundry, going to school. There was something comforting about knowing that people on the other side of the world basically care about the exact same things we do.  It gave me hope. It really is a small world.

Traveling to other countries is eye-opening. Putting yourself in the middle of an unfamiliar land, where people speak a different language forces you to adjust your perspective. Perhaps we aren't the center of the universe, and maybe the way we do things isn't necessarily the only (or the best) way. Seeing another way of life prompts deep questions if you allow yourself to be humble and consider the possibilities of a different way.  I am thankful for the opportunity and hope to carry memories of my travels with me as I go through life. 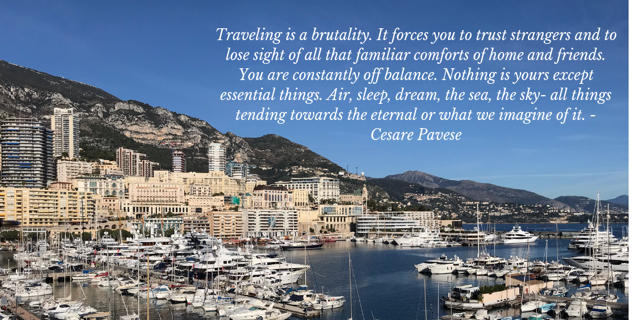