Unusual noise and chaos woke me up early this past weekend.   It didn't take long for my sleepy eyes to see a large moving truck parked just down the street. With it was an array of activity- packers carrying in supplies, movers transporting boxes in and out of the garage, multiple vehicles parked in the street.  Watching the scene unfold caused an immediate reaction- pardon the phrase, but I was triggered! An avalanche of memories and feelings flooded my brain. Moving day- ugh!!!

I have been on the other side of that moving truck a time or two, the first time nearly 30 years ago and the last time almost 8 years ago. The emotions still lurk just under the surface. It is one thing to pack up your own items and move across town, and entirely another to watch someone else load all of your belongings into a truck, prepare to drive over a thousand miles, and say "see you on the other end"! Although it is without a doubt a huge blessing to have professional movers, it is also an unpleasant opportunity to come face to face with any control issues.  Am I supposed to be okay with strangers packing up everything I own (and I do mean everything!) and driving the contents across the country, on their own, without my input? Yikes! With every move, there is at least one guaranteed moment of panic where I have had to come to terms with the idea that I may never see my belongings again. The truck may wreck, the movers may abscond with my treasures, the storage facility may burn down, a natural disaster may strike- all possible, but not probable scenarios. Once I have accepted that everything most important to me is usually with me, then I can relax.  All else is replaceable. And as I have watched dozens and dozens of boxes load into an impossibly big truck, I am keenly aware of the abundance and somewhat embarrassed at all that I don't really "need".

These movers have a tough job.  Not only are they packing up the contents of our homes, but they are also packing up a cornucopia of our special memories. Yes, there are bins of old baby clothes too precious to part with, and boxes of faded mementos from high school, and albums of family photos from years gone by- all precious.  But it is the stuff that doesn't fit in the boxes that is harder to pack away.  The excitement of building our first home together, the carefully decorated nursery we brought our babies home to, the hallway where our little girls learned to walk, the summer cookouts with the neighbors down the street, the shared holidays with neighbors who became family, the beautiful music being played in the living room as the girls practiced their instruments, the hours spent climbing trees and exploring the woods by our home. This stuff doesn't fit into boxes, but the movers are unwilling participants in packing away those memories too. 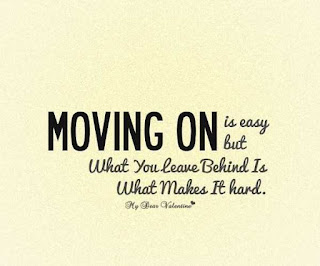 Although not a single box existed with the words written on the side, the moving truck is also heavy with our hopes and dreams. It is rare that we have lived somewhere with the idea that we would soon move.  Each time we moved to a new place we thought and hoped that it would be forever (or at least a very long time).  Once we decided to move on, there were lots of dreams for the future that had to be set aside.  We have had to make peace with the idea that our kids wouldn't graduate with childhood friends we were so fond of, that we wouldn't have the opportunity to grow older side by side with our friends as we once joked, that our kids wouldn't always be friends with the ones they grew up with, our daughters would not be married in the church we attended.  Future events that we once dreamed about would not happen the way we once thought and we would need time to grieve those losses.

The moving van was also full of our anxiety and trepidation for the future.  Before we made that long journey to our next destination, we usually had not had a lot of time to get used to it.  Trips to look at houses and frequent internet searches provided the briefest sense of what the new place would be like. Most times we have moved without having a new home on the other end, which made future planning difficult. When I tried to imagine and anticipate the future, it was like trying to look into the distance without my glasses on.  I could see something out there, but it was out of focus and not easily recognizable. The blank spots in that vision were disconcerting, the gaps in the foreseeable future seemed immense. 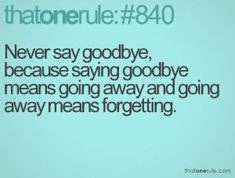 And those hard working movers may not have realized that they were also entrusted with the most important box I had. As the final boxes were loaded and secured, I carefully handed them the small box filled with the new prayers and wishes for our future- hopes I could barely whisper, dreams I couldn't yet see, a future that I dared to be optimistic about.  The box was packed to the top with the tiny bubble of excitement that comes with every move, every answered prayer, and every prayer lifted up with expectation.  This box doesn't always get opened right away, but how joyous it felt when I could once again start to dream new dreams.

Every move has a moment when you become painfully aware that you have been irrevocably ripped out of your comfortable old life and thrust into a new mostly unknown land.  Stepping into your new life is very much like being thrown out of a boat into dark water without a life preserver.  Take a deep breath, try not to panic, and breathe! On our last move, I vividly remember pulling into the parking lot of our new temporary housing after a long, emotional, and harrowing cross country drive.  Recovering from unexpected surgery and exhausted by the emotions of saying goodbye, I wearily got out of the van with a deep sign.  Before I could really take in the rest of my surroundings, I was distracted by the brightest full moon.  It seemed bigger, more vivid, and somehow closer than normal. In that very moment, I felt a strong sense of peace. We-my friends and family near and far- were all looking at the same moon, under the same big sky, with the same (even bigger) God.  My view might have changed, but my world had not. The world seemed slightly less lonely and foreign that night. 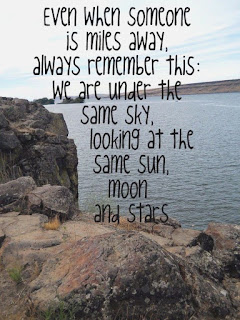 It would be a few months before we saw that big moving truck pull up to our new home, a few months before we were reunited with all of our possessions that we had missed, and the many we had already forgotten about. The movers unloaded what seemed like an endless parade of boxes into our new home.  As we began to unpack them all, I was careful not to open the box of old hopes and dreams- that box would need to remain sealed for a long time- too painful to revisit.  After endless days of unpacking and setting up our new home, I sat in my study one afternoon with windows open and listened to the sound of children playing outside and strains of music drifting from somewhere I couldn't see.  A soft breeze blew in fresh air and a feeling of optimism.  I still didn't know how it would all turn out, but I was finally ready to open that special box of my new prayers and wishes for the future. It was time for new hopes and dreams.
at March 06, 2019
Email ThisBlogThis!Share to TwitterShare to FacebookShare to Pinterest
Labels: dreams, hopes, moving, new beginnings, starting over